Pre-Blog Disclaimer:  The facts in this blog are true.  I will do my best not to mention any names – ergo, you can assume I am not talking about you or your habits…surely, I just wouldn’t do that…

I’ve worked in Sales Support since the beginning of time. It’s true, back when that snake was trying to sell those stupid apples to unsuspecting people, who do you think kept things running back at the shop?  Me.

Noone goes into this career path willingly.  I wouldn’t even call it a path.  What’s less than a path…a trail?  It’s definitely not paved, I know that much.  The curse is that once you’re in it – and especially if you’re good at it – it’s like the mafia…there’s no chance escape.

I liken my job to adult daycare. Making sure my team has everything they need to have a great day without actually having to do any thinking.

Thinking is a bad, bad habit for sales people to adopt.

There are those that struggle to open emails without help; those that liken every event in their day to a global crisis; those that confuse selling with saving people’s lives. There are those that, were they anymore lazy, would stop breathing.  And there are a few gems – folks that go out, do the job, don’t cause me too much grief…and tip me out at holiday time.  (I have exactly 3 of those.  Out of 14).

I would like to start my own grassroots campaign for change.  It’s called, “If You Can Do It Yourself In Less Time Than It Takes To Send Me An Email…Just Do It Yourself.” I can’t figure out how to shorten that enough to fit on a t-shirt and still have meaning.

Perfect example – “Forward this for me.”  Some of you already know exactly what I’m talking about and are probably chuckling.  The rest of you…are either blessed or culprits. 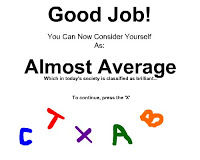 When I get an email from someone asking me to forward it to someone else…I turn into a completely different person.  A person with no patience, no tolerance, no cares about getting fired.  A person who has to sit on her hands to keep from either hitting the “Reply” button or picking up the phone.

If you can send me an email to forward on, then, FOR THE LOVE OF ARE YOU THERE GOD IT’S ME MARGARET, you can foward it yourself.  I’m just saying.

It always takes me about a dozen tries to actually forward these emails.  I’ve learned to save them as a draft for no less than 30 minutes.  This has saved me numerous times from sending along emails that have quips ranging from, “Mr. X wanted me to forward this to you because he his head’s up his ass” or “Forwarding for Mr. X because I am so far down on the totem pole that I have time for mundane tasks like this” or “Seriously???”

One of my old, favorite bosses called that editing…”No need to add your own edits,” he would say…

In truth, the group I’m with right now makes my life pretty easy.  Not my work life – my ‘not-getting-fired’ life. They are saucy and vocal and, well, they’re all dudes.  Which means my occasional rants (also saucy and vocal) don’t send them home crying.

And, I suppose, having a group that can’t quite grasp forwarding their own emails offers a pretty great piece of job security. 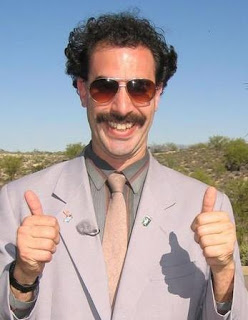