Skip to content
jylbear Uncategorized June 2, 2010 3 Minutes
Last Friday, my buddy called to say that she was on the way to the outlets…and did I want to join her?  Surprisingly, I said yes.  This is surprising because A: I’m not spontaneous; B: The list of people I like to shop with is very short; C: I had already planned on a trip to the gym (okay, that may be a stretch).  I’m just not that great of a shopper – I pretty much have a four store limit.  Or maybe it’s that people in stores annoy me.

But I went – and ended up having a great time.  First stop was the Coach Outlet.  A place I’d never been nor would have been had it not been for my friend.  Here’s what happened….I walked in, smelled the leather and a dormant piece of female DNA awakened.  And while there is currently a Coach Tote at my house…it will probably be going back as I eventually came to my senses (of course, I was already home by then).

Second stop?  Cracker Barrel.  Because evidently after one store, we needed nourishment.  Now, here’s something I didn’t know.  And was thrilled to learn.  According to the very folks who work there – there are no calories at the Outlet Mall.  There are many such vortexes in the world, I know, but at the Outlet Malls?  I had no idea!  So it was with great joy that I sat down and ordered the meal-I-need-no-menu for: 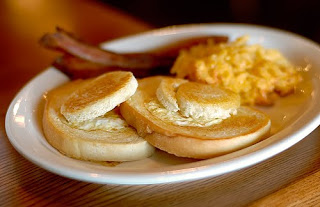 There we go….delicious.
For those non-Cracker Barrellians,
that’s Eggs-in-a-Basket.
A meal I have tried several times
to mimic at home, with no luck.
So, these no-calorie zones?  Big fan.  And I think we all know of at least one.  There are the obvious ones – like any holiday at all.  Why would anyone invent Fourth of July and then let it be laden with calories?  It just doesn’t make sense.  Or Easter and Thanksgiving – both holidays centered around yumminess…an obviously reason why any calories consumed on those dates are magically zeroed out. 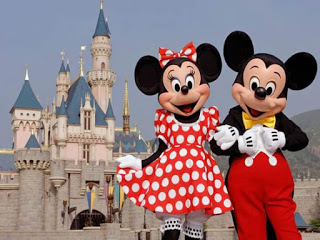 And then there are vacations.  No calories when you are on vacation.  Just look at Disneyworld ~ not possible to lay claim to “The Most Magical Place on Earth” and follow that up with “just try not overeat…”  I mean, have you noticed Mickey & Minnie?  Still wearing the same size they started with? 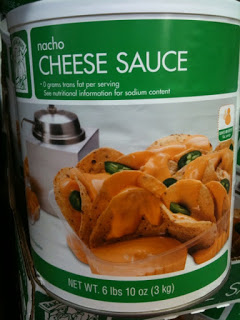 Then, of course, there is Costco (or any warehouse store I suppose).  Any given day you can walk through and sample a wide variety of treats.  But they are kind enough to cut them into such tiny morsels – well, there’s no way the bits could even hold a calorie.
Oh yes – when I was a Sam’s Club over the weekend, I saw this – yes, that does say six pounds of Nacho Cheese sauce.  Imagine running into this when you’re PMS-ing.  I will give my friends credit for some brilliant ideas on what I could do with six pounds of Nacho Cheese sauce.  They ranged from logical (splitting it into snack size bags and freezing…) to dreamy (filling the tub with it and diving in…) to oh-that-could-work (finding an 18 pound bag of chips).
Back to the no-zone.  My favorite non-calorie eatery is actually my mom’s house (or motor home).  And here’s the thing – I’m actually almost convinced that moms have managed to cook calorie free.  How else can you explain the Freshman Fifteen?  Don’t you see how odd it is that as soon as a graduate moves away from his/her mom’s kitchen…the weight piles on?  It makes total sense!

Eventually, we did finish our rounds at the Outlets – including a stop in Le Gourmet Chef…doing what 90% of their patrons do…pretending to browse while sampling dozens of sauces, dips and crackers.  I mean we did have to make it back to the car, after all.  And there were no calories.