Okay, I know – I was supposed to write another round of London today.  And I will get back to it – I promise…but I’m just getting too worked up over all these folks bitching and moaning about airport security to ignore it.

I also met an actual airport security guy (let’s call him Stew) at a get together on Saturday night – and after chatting with Stew for quite a long time (yes, we all grilled him), I gotta say – people are just stupid.

As usual, the media is honing in on the minuscule percent of the population that isn’t supportive of the changes in procedure.  As usual, the media is replaying over and over one guy’s strange desire to have his pat down recorded.  (I can’t say for sure…but I’m guessing he has a mirror over his bed, too).

The first thing that keeps coming to my mind?  Do we not remember 9/11?  I realize it’s been nearly a decade – but can you not remember how you felt as the planes went down one after another?

Or really, just remember the second plane – because that was the one that told the story.  We were under attack.  Before that one hit, it was just a horrible plane crash.  After it hit, it was terrorism.

Here’s what I remember – feeling scared out of my mind and completely vulnerable.  Feeling trapped (I was in Michigan and actually scheduled to fly that day) and wanting someone to tell me how or when it was going to all shake out.  And I remember how the pit in my stomach kept growing – as the third plane went and then the fourth and then the first tower and then the second.  And how that pit stayed in my stomach for weeks – slowly shrinking, yes, but still there.

And while reality says there are no completely fool proof check points – is it not smarter to set up something pretty strict now instead of after someone hops on a plane with an explosive strapped to their leg?  Why does it make more sense to people to put these procedures in place after the fact?

There’s no ‘junk-touching’ or ‘nipple twisting.’ There’s a reason you stand on a mat with your feet placed in the marked spots.  There’s a reason gloves are worn.  There are reasons why the image scanners are located away from the image readers and why you can request a same sex pat down or not – depending on your mood.

Today I heard someone say that there should be an age limit – where maybe someone under three years old wouldn’t have to get scanned or patted.  Why?  Because if a terrorist has no problem killing hundreds of people, would they really have a problem using a toddler as their carrier?  Especially if such a limit tells them pretty clearly to  hide any prohibited objects under an infant.

And I really do doubt that there is a mad dash of ‘perverts’ signing up for jobs at TSA.  I think the more likely scenario is that the new guidelines came out and a lot of currently employed TSA folks went “Ugh, this is going to suck….”

Back to my new friend, Stew.  Stew doesn’t wake up wondering who he’ll get to touch that day.  He gets up and prays that he doesn’t make a mistake. He’s very much aware that if he does and sends someone on a plane that is then tossed out of the sky – it’s on him. Stew’s not patting down passengers down to make them uncomfortable or embarrassed.

He’s doing it to make them live. 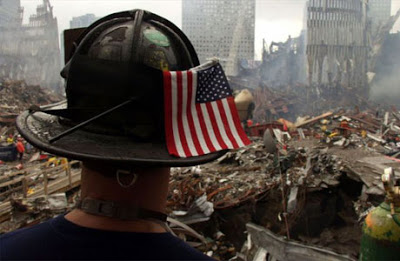